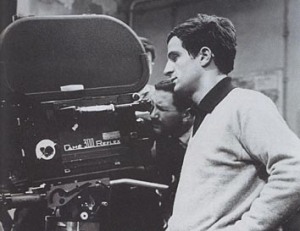 In professor Linda Rugg’s course on the films of Ingmar Bergman, we study the director as if he were an author, noting interconnected themes, ideas, and techniques exhibited over his entire body of work. During the first week of class, we discussed Francois Truffaut, famed and influential French New Wave director, who is widely associated with introducing the notion of the auteur into film criticism through an article entitled “Une certaine tendance du cinéma français”, published in Cahiers du cinema. Broadly, the term refers to a film’s capacity to directly represent the vision and philosophy of its director. Thus, a singular authorial perspective shines through the manifold artistic contributions of all those working on a particular film, which includes the editor, director of photography, actors, etc. Truffaut described this type of filmmaking as “an act of love.”

Yet, in an era where big budget action flicks, mindless comedies, and an excess of sequels, remakes, and revisions dominate the movie industry, it’s easy to understand why someone would be surprised by the assertion that authorship is discernable through film. Many of today’s movies are produced, rewritten, or reedited solely with commercial success in mind. Popular genres are capitalized upon and exhausted due to perceived public support (think vampires or super heroes) and the same narratives and themes are recycled with different actors, time periods, and visual accompaniments (think Pocahontas and Avatar).

Especially outside of Oscar season, which normally begins in the fall and culminates with a plethora of award shows in late February and early March, so called “blockbusters” vie for viewers’ attention and leave moviegoers hoping for truly unique silver screen experiences to either rehash the year’s Oscar crop or simply avoid the theater altogether. While we can always find solace in the entire history of film on a television or computer, the experience of shutting yourself off from the surrounding world and being completely immersed in the events on screen, without the temptation of the pause button, is one of a kind.

Today, one can drop by Berkeley’s Regal Cinemas on Shattuck and spend almost eleven dollars to see G.I. Joe: Retaliation 3D (action), Admission (comedy) and Jurassic Park 3D (sequel). In other words, slim pickings. Or one can visit the wonderful Pacific Film Archive on the UC Berkeley campus, which presents diverse film programs that champion the idea of the auteur. Currently, moviegoers can experience the work of one of Truffaut’s favorites, Alfred Hitchcock, in a program entitled The Shape of Suspense, which runs until April 24. In addition, Spanish director Luis Garcia Berlanga’s work is being presented in a program entitled The Spanish Mirth, which runs until April 17. And the films of Frenchman Jean Rouch (Filmmaker Provocateur) are being screened until April 16. For students, admission is just under 6 dollars.